As humans, toilet training is one of those core skills that we pick up in our early years. Cats meanwhile, on the whole, don’t have to deal with such concerns. 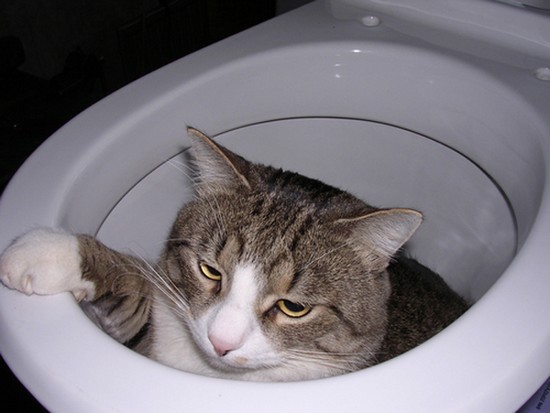 Most owners are happy to allow their feline friend to use their litter box. At first, this seems to be one of the most convenient ways to manage the situation; after all, it’s practically a toilet for your cat, and at least they don’t perform around the house.

Well, litter boxes aren’t all they are cracked up to be. Sure, they can be useful, but a lot of us forget some of the finer details which doesn’t make them as prime as we once thought.

So, what’s the solution? More and more cat owners are starting to turn to human toilets. That’s right, they are training their cat to use the same toilet that they do their business on. Sounds strange? It’s actually not, and furthermore it’s not overly difficult to implement.

Let’s tackle the topic more through the course of this guide.

What are the benefits of training your cat to use the human toilet?

Let’s get into the real reasons why your human toilet is a more sensible approach for your cat; it’s just more hygienic.

As we’ve already said, one of the big misconceptions is that litters are perfect. They’re not, and while your cat might perform his business there, once they are finished they are left to roam the house (and maybe you, for cuddles) and leave behind all of the remnants that were in the litter. Does it still sound perfect?

As well as the above, you’ll have probably found litter spilling everywhere. In short, it means that it’s quickly transferred to every area of your house without you even realizing.

There are other drawbacks to a litter as well. As any cat owner will testify, they are hardly cheap to run. Litter can be expensive, and that’s forgetting the time that you need to invest in them. When we talk about the time-factor, we’re referring to all of the maintenance that’s needed to clean them. The general advice is to clean at least twice a week, with each session estimated to last around fifteen minutes. Suffice to say, over the course of a year at least, the minutes soon start to add up.

Let’s put it out there that we’re by no means completely against cat litters; there’s a reason they have been around for umpteen years and they do work. The main point we are making is that they are far from perfect and in some cases, owners might be better toilet training their cat just like a human.

How can you train your cat to use it? 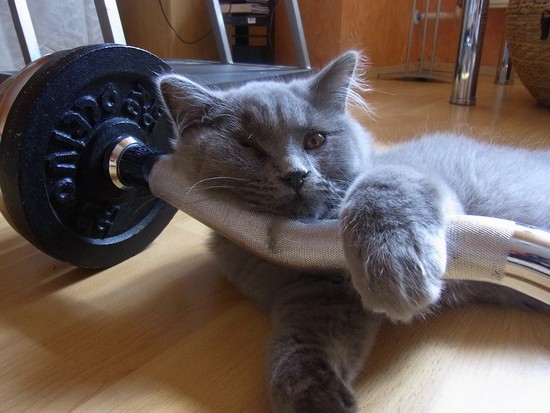 Next, we’ll move onto the meat of the guide; the point you have all been waiting for. Just how do you train your cat to use a toilet like a human would?

Firstly, we’ll put out a disclaimer; this method is only advisable for those cats with good balance and who already have been trained to use a litter box properly. The reasons will soon become blatantly obvious but if your cat doesn’t yet possess such a skillset, it’s probably worth revisiting this topic at a slightly later date.

Let’s now take a look at all of the steps in detail.

How long should training take?

It may have taken quite a lot of words to describe the above approach, but the good news is that this is a process which won’t take your cat very long to master.

A lot of owners who have perfected this training can “convert” their cat in as little as four weeks, although most are towards the six-week level.

As well as this, we should point out that cats can be trained like this when they are very young. Sure, it’s not going to be one of the first things you teach them, but as long as they are at least six months old they can complete it.

Are there any readymade products to help? 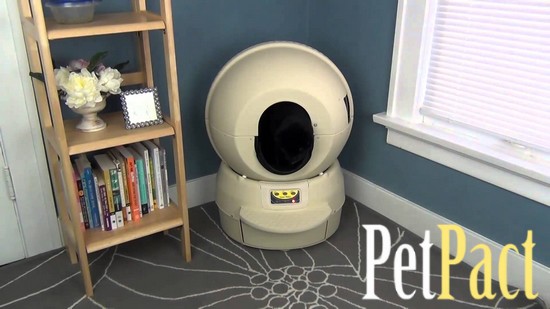 Unsurprisingly, the benefits of this mean that it’s something which is soaring in popularity. As such, there are plenty of products available to help you with the process, with one of the most common coming in the form of Litter Kwitter. It has been endorsed by veterinarians and even the RSPCA, so it certainly has the backing.

The product is comprised of a white seat and several insert trays (also known as the rings that we talked about earlier). Training guides are also provided to further help with the process, while the manufacturers suggest that it will take just shy of two months for your cat to be fully trained using the system. The premise is that it’s a more gradual approach and is going to allow your cat to transition much more easily.

You will gradually start removing the discs (starting with red, then amber and then green) to create a bigger hole in the toilet. All of this is aimed at getting your cat accustomed to the new system, as well as improving their balance along the way. Once all of the discs have been removed, your cat has effectively been toilet trained.

This particular product retails for around $69.95 and is generally available online.

You can also check the litter robot that we have reviewed here.