When growing up, most kids want a dog. Puppies in particular are the definition of cute, adorable and all similar descriptions. 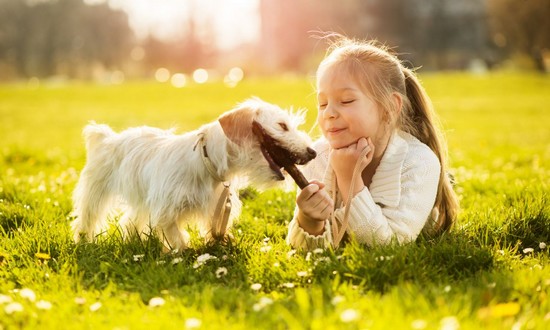 However, it’s not always like the above. There can be some truly tragic cases involving kids and dogs – some of which result in the child being admitted to the emergency department. To put a few numbers out there, it’s understood that there are around 10,000 people attending this department every year due to dog bites – and some of these cases involve children.

Of course, we shouldn’t scaremonger too much. There’s nothing better than a family with a dog living happily ever after – and it happens in the vast majority of homes around the world. To make sure that your home is one of these, we have comprised this guide. We’ll now take a look at the main points you should take into account whilst bringing up both children and dogs – in a bid to keep everyone safe.

How should children approach a dog? 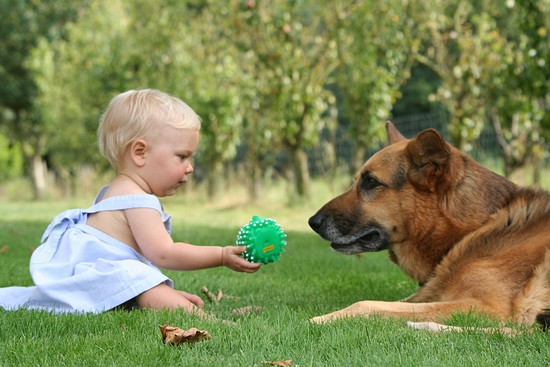 The way in which a child approaches a dog is arguably the most important element of their interaction. It’s the time where the tone is set, for both parties, and the dog can gauge just what the child is attempting to get from the experience.

It’s for this reason that a child should never willingly approach a dog, unless they’ve sought permission. For example, simply wandering up to a dog which is tied up somewhere is asking for trouble – this dog isn’t familiar and you don’t know how it will react to a stranger, let alone a child.

A separate example doesn’t necessarily revolve around dogs which aren’t known to the family, but those which are already occupied. If there’s a dog which is eating, sleeping or just playing with a toy, your child should be discouraged from approaching. This is the dog’s time and there are plenty of occasions where they will attempt to guard what they are occupying – and this might lead into a bite. It’s all about protecting their possessions and sometimes, their territory.

At the same time, as in a lot of the situations we describe, there’s every chance nothing will come of this. However, you should always take a safety-first approach with dogs.

So, bearing the above in mind, what’s the exact process involved in approaching a dog? We’ve compiled the following two steps to help you along your way.

What body language should your child learn about? 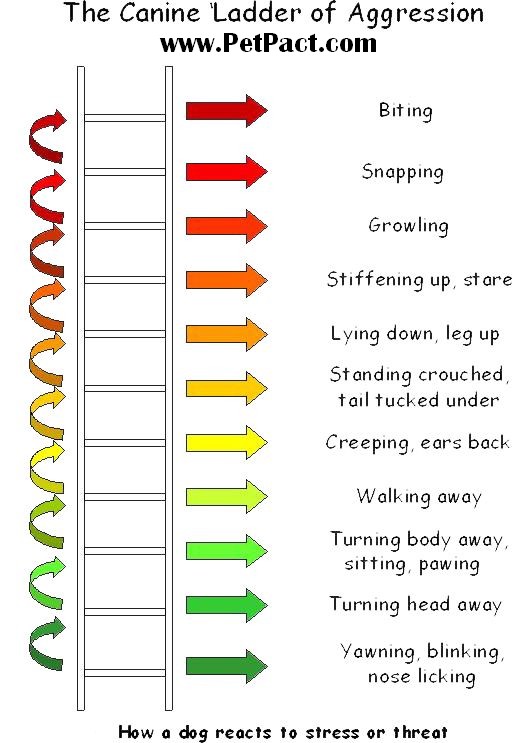 One of the biggest reasons why accidents occur between children and dogs is because of a lack of understanding. This stems from the dog’s body language; and the ways in which it is interpreted differently.

For example, some children may believe that a dog is “smiling” when he bares his teeth. Suffice to say, it’s misunderstandings like this which can create a safety problem.

Bearing this in mind, let’s take a look at some dog body language that children should learn about.

Let’s firstly take a look at a happy situation, a situation when a dog is relaxed. Of course, in the interests of safety you should still exercise caution, but generally relaxed dogs will have an open mouth, with their ears forward and just generally relaxed. Their eyes also won’t be fixed on anything in particular.

In terms of their behavior, all of their feet are likely to be on the floor, their tail may wag and they will just generally display signs of alertness and interest.

This next type of behavior is arguably the most important. If a dog is displaying signs that he is stressed, it’s an indication that something in the situation needs to change. If children are involved, it’s probably a good idea to at least allow them to step back as it’s clear that something is causing the dog to feel uneasy.

Stress signals can arrive in umpteen ways. The dog might raise its paw, lick its lips, nose or yawn. Its tail might be tucked between its legs, it may just generally look wary and suggest that it is attempting to “hide” away. In summary, it demonstrates the completely opposite type of behavior as a relaxed dog.

So far, we’ve looked at two ends of the scale; relaxed dogs and stressed dogs.

If a situation progressively worsens, there’s a chance that stressed dogs can become dangerous. Generally, there are warning signs before a bite and if you spot the dog showing their teeth, curling their lips back, pinning their ears back or growling – it’s a sure statement that you need to change your behavior. In the case of growling, it should go without saying that this is the biggest indication yet that the dog is not happy with the situation and in some ways, this is their last warning.

As you can see, if you can at least get a child to understand the above behavior, it aids significantly with safety. Boundaries start to become clear although again, if a dog is commonly showing signs of the above, it’s advisable to seek help to safeguard against the worst case scenarios.

How should you deal with family pets and children? 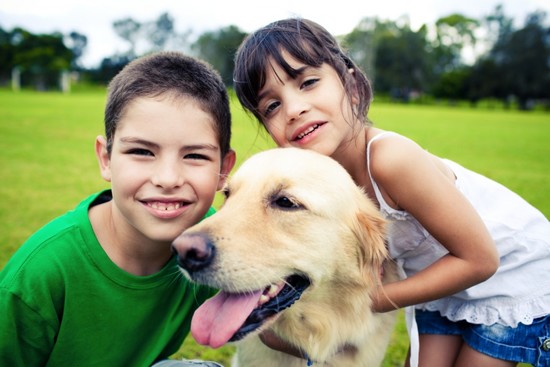 Perhaps one of the most concerning issues about this topic is that most bites to children aren’t random. In other words, the incidents occur with family pets, or those pets which are at least known to the family.

In the build-up to the incident, a family may have “trusted” the pet and this allows children to push boundaries somewhat. Unfortunately, this is where problems can occur. Some children will push the situation by staring at the dog at eye level or playing with their food – two things which are done completely innocently, but are not always seen this way in the eyes of the dog.

It’s through situations like the above where a dog starts to feel pressured and more likely to snap. To help avoid this, we have comprised the following tips.

Never leave your dog and children alone together

This first tip should go without saying. Unfortunately, it revolves around that initial trust that most families have with their dog. Even if you have a small, seemingly harmless breed, never run the risk of leaving them alone with children. Even the tiniest dogs can turn – you can’t leave anything to chance, regardless of your trust levels.

This might involve the installation of gates around the home so that you are never forced into leaving them alone together.

Always check for health problems in your dog

This is probably one of the more unexpected suggestions – but there is logic within it. Particularly if your dog has surpassed seven years of age, make sure you take them for regular veterinary checkups. By doing this, you can safeguard against any health problems which might cause them sudden discomfort, or mean that they become startled easily. If this does start to happen, it goes without saying that those around him are going to be more at risk – and children more so.

Don’t allow your children to retrieve toys from your dog

It won’t happen with all dogs, but some will “steal” toys from your children. You need to teach your children that it’s not up to them to retrieve them – this must be performed by an adult.

When you do come round to getting the toy back, make sure you reward them properly – whether it’s with a treat or toy.

Never banish your dog outside

For whatever reason, never banish your dog outside. Some will do it if they misbehave, while others will just so they don’t have to be left alone with the child.

The repercussions of this can be that your dog suddenly feels isolated from your family. This can lead to behavioral problems, and they may feel that the child is the reason why they have been banished outdoors.

Exercise caution when bringing a new baby to the family home

In truth, a whole book could be written on this – it goes without saying that it’s a hugely important topic that needs to be tiptoed around.

Everyone knows that this is the period where routine goes out the window – but you need to realize that the same is going to happen for your dog. It’s for this reason that you should start to change the routine before you bring the baby home, just so they don’t associate the potentially negative change with the new baby.

Whether it’s a change to their sleeping arrangements or anything else, make sure you implement the change months before the arrival.