It goes without saying that diagnosing a health problem with your dog is much more difficult than when we’re trying to figure out what’s causing a fellow human to feel under the weather. As we all well know, dog’s struggle to communicate at the best of times and as such, we’re usually sent packing to Google or a direct call to the vet when things appear to be amiss. 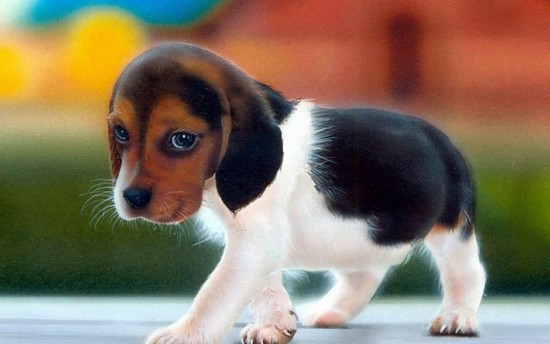 However, while some of the search results may seem frightening as you type in the symptoms, let’s not forget that a lot of the time dogs just feel unwell because of a minor complaint such as an upset stomach. While you should never discount some of the serious stuff, it’s worth mentioning that just as humans can be bit by a bout of vomiting or diarrhea, so can our canine friends.

If you have diagnosed this issue, a trip to the vet is seldom required (although if you are concerned, at least put your mind at rest and give one a call). Instead, with a little tinkering with their diet, you can solve their tummy problems and put them on the road to recovery in no time. Therefore, if your dog is suffering with any vomiting, gas or diarrhea related problems, take a read through the following five recipes that should settle their stomach and put a spring back in their stomach.

The old classic – chicken and rice 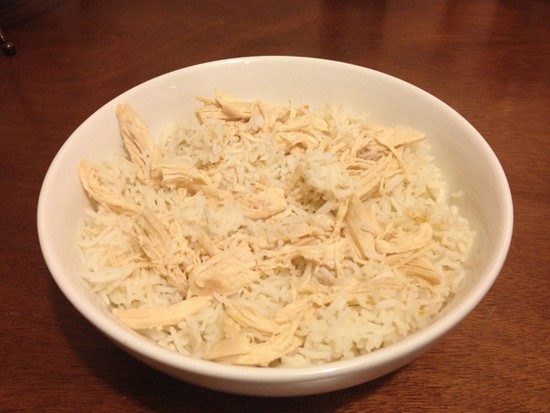 If you’ve been in the process of researching just what to feed your dog, you may very well have already stumbled across this suggestion. It’s an absolute classic for sick dogs, with the chicken and rice combination holding properties that should get them wagging their tail in no time.

It might be bland, but in these cases bland is exactly what you want. If the boot was on the other foot, and it was you feeling somewhat worse for wear, a flavor-infused chili meal is not what the doctor would order. It’s the same case here – you need to keep things absolutely simple while your pet recovers.

The best solution is to get a couple of chicken breasts and cook fully for around thirty minutes. In the meantime, gather your rice and boil as you would if you were preparing your own meal. We’ll again reiterate that flavor is off the menu this time – do not under any circumstances season your rice or chicken.

When everything is cooked, shred the chicken and mix all of the ingredients together. It’s probably worth holding back with this until it’s cooled down – unfortunately, unlike us, dog’s struggle to blow on their piping-hot food. Additionally, instead of serving in one fell swoop (this will be wolfed down), just give them about a quarter of their normal portion. Gradually increase this amount until they return to their normal routine.

On the subject of classic chicken dishes, this is normally one that will be tickling the taste buds of any human who is struggling with their stomach. The same rules apply with dogs and it will provide them with plenty of nutrients, as well as keeping them hydrated which is something that many owners forget about.

Just like with the previous recipe, you can’t go sprinkling seasoning into the soup. It needs to be completely bland and to be honest, when any form of chicken is on the menu, your pet pooch really isn’t going to be fussed if it’s missing a little salt.

To prepare this dish, add two boneless chicken breasts to a boiling pan of soup and simmer. It’ll take around 45 minutes until the chicken is cooked and can be removed. Then, add one cup of rice and one cup of chopped sweet potato to the boiling water and cook for fifteen minutes. Once this time is up, add the chicken back to the mixture and allow it to reach room temperature. Your soup is complete but again, make sure things are completely cool before serving up. 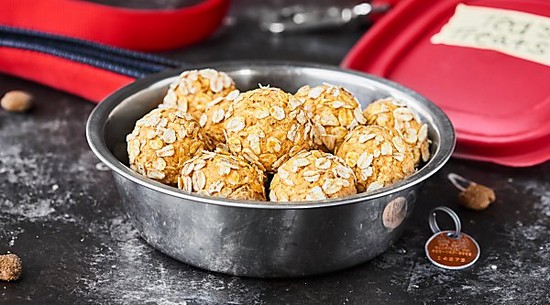 We’ve spent a lot of time ruing over the benefits of bland chicken, but there are other recipes that can boost your dog’s health during the time of need. One slightly more exotic one comes in the form of pumpkin and yogurt puree. Admittedly, it might not be the first thing that pops into your head when you think about easing their stomach back to full health, but these ingredients have been found to work wonders for any dogs who are suffering with gas or even soft stools.

Preparation for this recipe is relatively straightforward as well. You merely need to mix a couple of tablespoons of live cultured yogurt with 1/4 cup of pumpkin puree. This should be sufficient for one meal.

You should be aiming to slowly integrate your dog’s normal diet with this meal as the days progress.

Give a dog a bone – bone broth 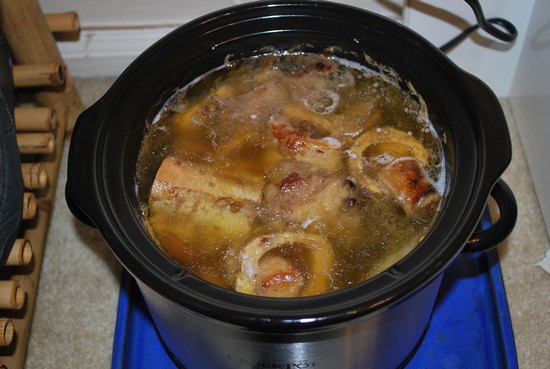 This one is a favorite for both owners and dogs. It’s something which will taste fantastic for your dog, while also benefiting their joints and boosting the health of their liver. Bone broth contains umpteen nutrients and when things have turned sour in the stomach, these are invaluable.

It would be fair to say that the preparation will take a little longer than some of the other recipes we’ve looked at, but don’t let this put you off.

Take beef, chicken and turkey marrow bones and cover with water. Proceed to add lemon juice before covering the pot and leaving to cook for about 24 hours. Once this time is up, remove the bones and discard them. This last part is especially important – any bones which have been left in the mixture are a health risk as they can splinter and cause internal damage for your pet if swallowed.

Once the mixture has cooled down, break the layer of fat that will most probably have emerged at the top of your dish. You can then access the broth and start serving it to your dog in small portions. Chances are, you’ve made a lot of this mixture and the experts suggest that it can be stored in a refrigerator for around three days – so there should be plenty to last.

If all else fails – burger and rice 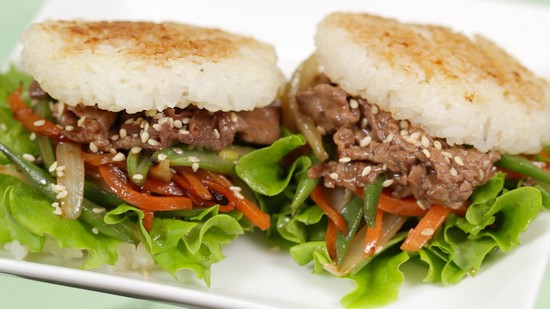 If you’re not keen on any of the above, you could opt for something even more out of the ordinary in the form of burger and rice. Or, if you want to stick to a more vegetarian option, switching the burger for tofu could be considered.

If this sounds like something which could appeal, make sure you boil the meat that is forming your burger as opposed to frying or baking. This is because you’ll immediately remove the fat, which can be problematic for those dogs with an uneasy stomach. At this point it should go without saying that the higher quality the meat the better – 90% hamburger is a great choice if your budget permits. If you’re going for a different type of meat, like chicken, make sure it’s without skin and bones.