There’s a common misconception when it comes to dogs; most people think that they just don’t get cold.

Well, we’re going to dispel that myth once and for all. Dogs do get cold – and they need the appropriate protection when the elements do turn sour. 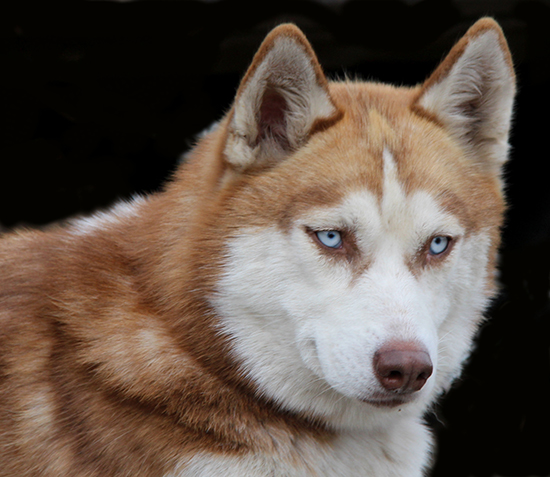 Sure, there is a much less chance of a dog getting cold, but it can happen. Additionally, even if your dog only resides inside, it doesn’t mean to say that they are completely free of the risks of getting cold.

It goes without saying that those dogs who have less fur are even more susceptible to the risks. Additionally, smaller dogs and puppies are also more likely to succumb to the cold elements. In short, dogs still feel the cold, it’s just that they have more layers of protection than humans which is where the initial misconception arises from.

What risks are dogs susceptible to if they get cold?

A cold dog isn’t just something of a nuisance for them – it can lead to serious health consequences. Let’s take a look at some of the conditions that can be caused by your dog becoming cold.

What symptoms will your dog display if he is cold?

Like most things, it’s usually very simple for an owner to determine if their dog is acting out of the ordinary. In relation to the cold, the following are clear signs that the temperature has dropped too much for your canine friend.

Sure, dogs sleep a lot, but if you think he’s going a little overboard with his forty winks it might be a sign that the coldness has got to him. Of course, this can be hard to determine on its own, but it can be an initial symptom of hypothermia so you should be on your guard.

A more obvious sign is if your dog is starting to tremble or shiver. This is exactly how humans would react so if you notice that the temperature has dropped, and your dog is displaying such signs, it’s a signal that you need to make him warmer.

While a lot of your dog’s body will be warm regardless, there are certain areas that will get colder than others. Their ears and belly are the most obvious ones and if these feel colder than normal, it’s a sign as well.

Again, this is something that a lot of humans will be able to resonate with. If you see that your dog is hiding, or looking for shelter, it’s sign that it might be too cold. Of course, the conditions will help you to determine if this is the case and if it’s not cold outside, it’s safe to say that he is doing this for another reason.

The curled up position is another sign that he might be too tired. If his tail is tucked in and his head is low, it’s a sign that he is trying to keep himself warmer through his body heat.

What steps should you take if your dog is cold?

Firstly, if you suspect that your dog is cold, you should be looking to take their temperature. You’ll need a digital thermometer for this, as it takes a maximum of ten seconds to provides a reading. Also get a lubricant and some disposable gloves, as the task isn’t the most pleasant.

As you may have gathered from the equipment list, the easiest way to take the temperature is rectally. It’s a task which is easier with two people, with the other person holding your dog in position. Place the lubricant on the thermometer, lift your dog’s tail and press the start button on the temperature. A normal temperature is between 101 F and 102.5 F, and anything below 99 degrees should be a cause for concern.

If you think that your dog is cold, it’s time to turn up the heat. Simply getting them moving can do the trick, or you might need to turn to specific dog clothing to accelerate the process. Some owners have also experienced success by massaging their dog to improve the circulation and help them generate warmth through their own bodies.

We should also mention the importance of diet at this stage. If your dog is not eating enough, and are as such underweight, it can mean that they struggle to tolerate the cold. This is something you should monitor if it’s becoming clear that your dog is becoming cold regularly.

If you happen to keep your dog outside, it should go without saying that a dog house is recommended to provide shelter. Making sure that their bed is elevated from the floor is another important suggestion as it can prevent the coldness from transferring to your pet’s body.